I came to the Netherlands in the early 90’s and did not even know that many other foreign groups of people lived in Europe. I remember weeks and we stayed inside because too much snow outside. We had never experienced snow. My brother had applied after his studies in Zimbabwe and adopted by an international organization in The Hague. We arrived as expatriates.

One day we went to the other side of The Hague, where the market was, on the advice of my brother’s colleague. That was in the Schilderswijk. We lived in Statenkwartier, behind Frederick Henry Avenue there at the Museon. Quite an expensive neighborhood of The Hague.

It was not convenient to go by car to Hobbemastraat on Saturday because it could be very busy.

We took the tram, tram 11 and when we approached the market I saw heaps of other people, as I had learned in school, I knew something about Asians, Africans and people from the Middle East, Jamaica, Venezuela and Cuba . Bob Marley has even been to my country.

The world has opened up, because I kept asking my brother and he took me books including The Undutchables. 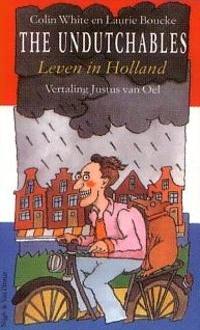 Until today we do not learn how slavery has occurred in southern Africa in other countries. I celebrated Sinterklaas after I had met Jochem. He celebrated in Veenendaal and we went there on Christmas morning.

I thought it was nice how people were connected when they read the poems. I am in favor of joining. I like it when families take things together. So packets evening was fun to be with. But there are plenty of other ways
In 2007, before I had children, I played black non schminkte important person because I wanted to see how children would react. I did this because I just hesitated and as I remarked to colleagues and people around me who had different colors that they were not happy about it. I’ve seen reactions of the children. They have not seen me otherwise. I was shocked. The fact that we did not have slavery history in Zimbabwe, explains a lot of confusion on what is happening in the Netherlands. There will also find quite few Zimbabweans because the embassy in Brussels. The behavior of a Dutchman to me is different than the behavior of a French or English to me. Let alone the behavior of someone from Austria and Switzerland. Let’s get to know our history better, and look at our education then and now raising. Sometimes you can not linger in the past because it gives you a good feeling. I say, just keep making poems for each other. Connect to each other, within families and households. You’ll see that you do not need a party to come together. In Zimbabwe we celebrate everything. if only music, drums and dancers are. The point being:

I understand the feelings of people who have parents with a history of slavery. They would like to see a normal society comes with a black woman for instance may run her own business without having to prove themselves extra.
I met recently enormous Surinamese and Antilleans. But know heaps of Dutch people. Both sides have a story. I can not say I put a story on the side and the other story understandable. I prefer not to pigeonhole myself. I would really just like to see the world as one. So I want to raise my children. I do actually.

But I can speak for myself. I like compound # Bonding # family bonding # Human Bonding .
It hurts me when I see that in the country where I live tremendous hatred comes together because people are afraid of change. Look at yourself and see how many people are trying to share the love. What do you cherish it nicely together. What can be done better? Correct each other, support each other. Keep smiling it’s not the end of the world. I see nowadays, many people who go to Africa or other parts of the world and these people come back with a lot of respect for how other people live. You can not say you know better. Almost never.

Integration course only works if you’re the one who articulates so well that we autochthonous also mention here is there.

How did I learn languages ​​can easily?

In 1998 I met my current husband and only then I got interested in the Dutch language and society. Otherwise I just have after graduating returned to Zimbabwe or to a country where they just English as the official language. Canada, New Zealand or England. We first spoke in English. 3 years later I could already speak fluent Dutch and write.

Surely learned how to make couscous and fried rice, oh yes and I can make pom. The seasons stews I know too now. This already indicates that the Netherlands is a multicultural country. Have you ever counted how many European people living in Africa? and that country.

What I did was that I never went himself looking fellows from my homeland. That was not necessary, though I still homesick. Language development would not be stimulated so. I wanted to learn something different, different language from the residents themselves. This brand me for years that, now I have mastered the language, I easily come into contact with many people.

I do not themselves organized holiday, I’d rather come among men. In Greece and other countries, people simply trust than what may be told here. A piece of independence so.

My husband said “honey, you know why I’m so crazy about you”? Today you speak a bum, let him laugh, mean person, and you let him laugh “Yesterday you just said the minister and in the same way and you made him laugh,” You’re a female world.

Secretly I was proud.

Because I know how good the language I’m not so easily threatened by my own fears. I understand what you mean happy. I even went to the “proverb book” buy and every time New Green booklet.

My first Dutch teacher I remember well. Mrs. Potts, what a lovely wife. Every year already dutifully join “The Great Dictation” sit in front of the TV and get involved with all those difficult words. Someday I want or participate in real life. I am now at a stage where I just asked the playground by other mothers get if I was adopted. Whether I was a baby when came to live here. Luckily I always say when I’m born and raised in Africa. On my 22nd until I came here.

Now the Dam and on to Groningen

I have a lot to travel through the Netherlands. Now I would like to drive over the Dam! that sounds like fun! Friesland and Drenthe I should know better. All other regions have been me, partly because I took every summer one of the NS “Summer Tour Card” and then could unrestricted travel by Netherlands. Really great. Now I have my license, such a thing .. not later born here so after your 30th birthday your license .. I tell you that in my next blog. I am grateful because I can now run my business a little better, transport children. All I can also bike, sometimes it is convenient. Now I travel a lot through my work, but I still want to use a TomTom, then I depend so again, and I do not know where I really signboard. I’m really not cocky though;).

Yet it disappoints me when I see someone who was born and raised in the Netherlands judgment Me mother dares to write. Until now there was not tolerated when you write incorrect language or speak.
Nowadays, with Facebook and Twitter you can even easily write you always improve skills. Yet seek balance it remains important. Otherwise you go backwards again with the spoken language development, so then but more and more people really speak. What I really hope is more correction in spelling, if a girlfriend, husband or knowledge it will immediately be sure to write the correct word there. That will be very nice for me.

I give a tip to those who want to integrate like. Go with the inhabitants. Are you a religious person can visit a church. Are you a bar, snooker, theater, type? You name it, save the pennies and visit the sites. No money? no point, because there are enough volunteers that can best help to an association. Do you speak English? Ensure that residents will not speak English with you directly. Always ask to speak the language with you. Always ask for corrections, dare to speak the language and writing with errors. You’ll notice that you’re going to help in some way.

That one laughs at whether it bothers you always run into, it’s up to you to stand firm in your shoes, because it’s only for your own good.

PS. If I have made above grammatical mistakes, please respond with appropriate wording and also the correct words below. thanks in advance

Let's talk about it, thank you for your contribution Cancel reply

Woven in Africa by Africans

Muchaheta was now living in the Netherlands, far away from home and her extended family. Perhaps it was the distance or the time away from her roots that led her down a path to reconciling her traditionally African approach to child rearing with the new modern European scientifically tested advice she was consistently receiving. In doing so she began to craft out a unique path for herself and her growing family.

Translate into your language